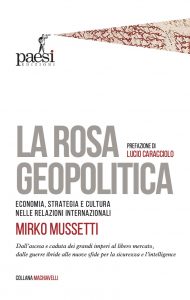 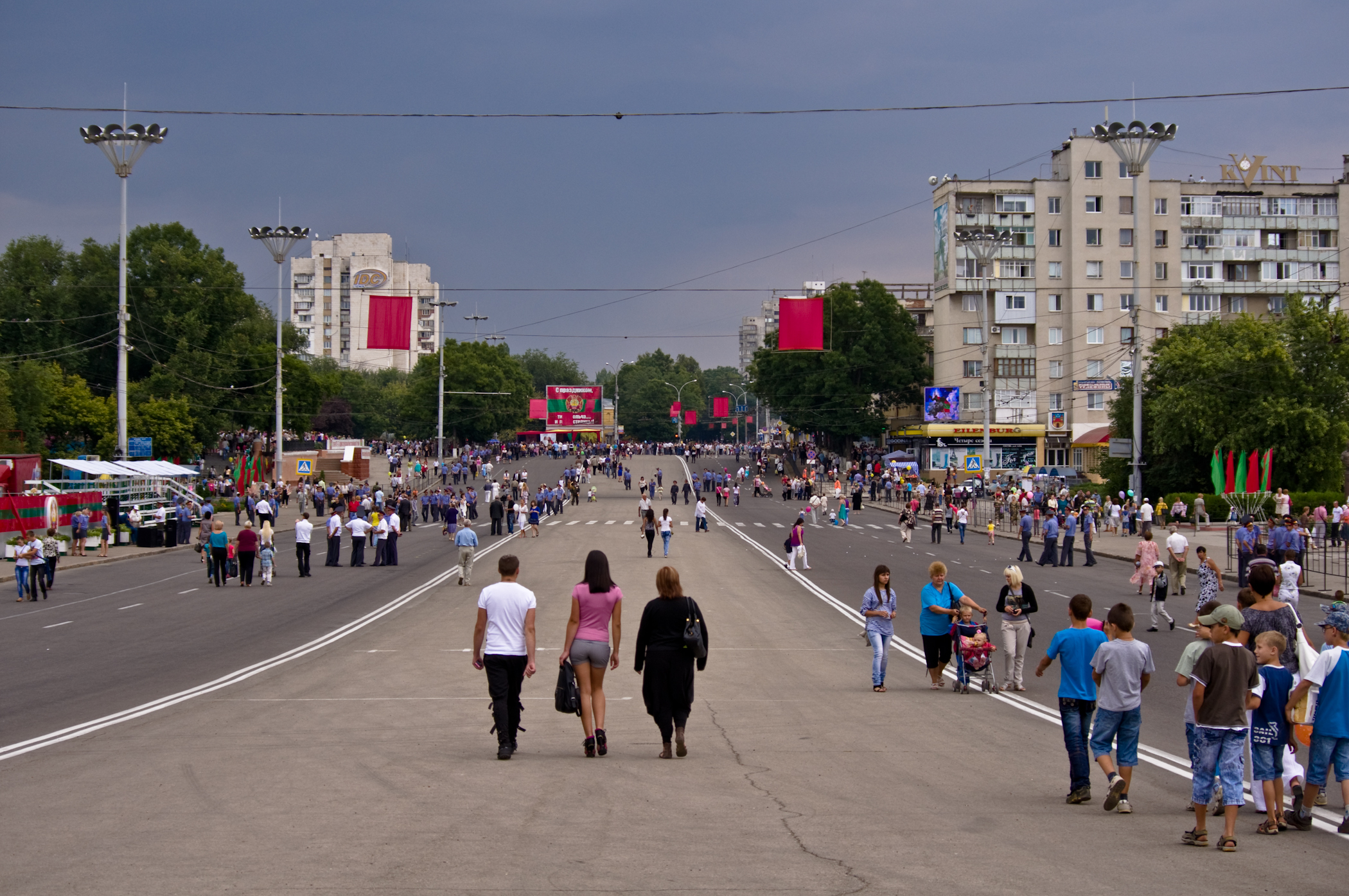 For 25 years of the de facto independence Pridnestrovians have managed to create the statehood, which meets all regulatory benchmarks of international law, as the functional government, its own constitution, law enforcement system, armed forces and its own currency.

It also has de jure international contractual legal standing within the conflict settlement process between Moldova and Pridnestrovie. The past quarter of a century has showed us, that Pridnestrovie canpropose an alternative model of political and social development with observance of the principles of justice, equality and interethnic consent for its own citizens, as well as it can withstand under the conditions of economic blockade, media war, destructive influence of neighboring states, maintaining its own identity. The problem of international recognition of Pridnestrovie is first of all a question to the international community. What arethey guided by when they recognized the independence of East Timor, Kosovo and partition of Yugoslavia and Sudan? We understand that recognizing one or another state formation as a subject of international law is a sovereign right of every state. But example of Pridnestrovie, which for 25 years has quite convincingly confirmed thewillif its population to live in an independent state, testifies the rooting of the “double standards” practice in the international law.

Foreign policy course is based on the results of nationwide referendum of 2006. Due to the referendum 97.2% voted for independence of the PMR with subsequent free association with the Russian Federation. We would like to attract your attention to the fact that there are no contradictions between “an intention to be independent” and “subsequent free association of the PMR with the Russian Federation”. From the beginning of its own statehood Pridnestrovie has associated its own future with Russia. We have the same history, the same political, social and cultural context, close economic ties.
Following the sovereign will of the people as expressed in the referendum, the government carries out the policy of the PMRin accordance to the choice of the country’s population.

The focus on the Eurasian integration is a priority of the foreign policy of Pridnestrovie, enshrined in the Foreign Policy Concept of 2012. This vector fully takes into account the will of the people of Pridnestrovie and their geopolitical choice. The Pridnestrovian state was one of the first in post-Soviet space, who announced the desire to join the EEU.
This focus on integration of the republic in its traditional civilization is consistent and is already producing concrete results both at the political and diplomatic level and in the socio-economic sphere. For example, consistent work is carried out on the harmonization of the republic’s legislation with the one of Russia, memoranda on interministerialcooperationare signed, providing immediate and full-scale development of relations with Russia. Academic cooperation is developing quite successfully. Pridnestrovian State University n.a. T.G. Shevchenko is included in the Eurasian Association of Universities and is actively working in different directions with universities of Russia, Abkhazia, South Ossetia and universities of the CIS countries.
The work of the ANO “Eurasian integration” must be especially noted as it provides humanitarian construction and implements social projects in areas such as health care, preschool education, primary and higher education. Priority humanitarian projects of the organization have been identified on the basis of analysis of the socio-economic situation in Pridnestrovie.

Over the latestyear there was a reduction in import and export of enterprises of the republic with its trade and economic partners. This was a consequence of the blockade actions by Pridnestrovie’s neighbors. Systematic shortfall in customs and tax payments to the state budget forced the government of Pridnestrovie to take unpopular measures to reduce the pensions and wages of employees of state-financed organizationsby 30%.
Unfortunately, opportunities to improve the current situation are not noticeable yet.

Pridnestrovie has been trading with the EU within the regime of autonomous trade preferences since Moldova and Ukraine blocked the export of goods from Pridnestrovie in 2006. Then the European Union created conditions for a compromisein order to resolve the crisis. But then these measures were related to the geopolitical interests of the EU, whichwanted to include Ukraine and Moldova in its orbit of the economic influence. In this regard, the action time of preferences for the Pridnestrovian enterprises initially was up to December 2013 and then was moved up to the end of 2015. According to Brussels officials, Pridnestrovians do not requirepreferential treatment as Moldova entered Free Trade Area with the EU. However, the conditions that the EU offered to Moldova leave no space for the Pridnestrovian enterprises to carry out their work as usual.
In the settlement of trade relations with the EU our country has traditionally maintained a position on the need to create special conditions for Pridnestrovian enterprises and to conclude a special agreement with the European Union. For us it is important that the bilateral dialogue with the European Union regarding the terms of trade relations with Pridnestrovie will continue. We expect that the position of Pridnestrovie will be heard. Otherwise, the economy of Pridnestrovie will face new shocks. We hope that the European partners realize the responsibility for the consequences of their decision and will prevent the escalation of tensions.

According to the State Statistics Service of the PMR the total population of the republic amounted to 505 153 people on 1 January 2014. The number of Italians living in the republic is extremely small.
The next census will be held from 14 to 25 October 2015.

The Ukrainian side with the aggravated internal conflict and the deteriorated relations with Russia changed the approach to Pridnestrovie. Along with the ban of spring 2014 on crossing the Ukrainian border for residents of Pridnestroviepossessing citizenship of the Russian Federation, the Ukrainian side has changed the trade regime for our businesses, thereby blocking the economic development of the republic. These unfriendly actions are taken against the background of the information campaign in the Ukrainian media to form the image of the PMR as an enemy.
We have repeatedly emphasized that people of Pridnestrovie want to live in peace with their neighbors and nurture no hostile plans against the brotherly Ukrainian people. Let us recall that about 80 thousand citizens of Ukraine on a permanent basis live in Pridnestrovie and the Ukrainian language is one of the three official languages of the republic. Therefore, such an attitude of the current authorities in Kiev looks quite unjustified and causes a lot of fair questions to Ukraine not only in the journalistic community, but also among the inhabitants of Pridnestrovie.

The armed forces of the PMR jointly with a peacekeeping mission of the Russian Federation are an important guarantee of peace on the Pridnestrovian land.
Pridnestrovian army serves to protect the country’s sovereignty, rights and freedoms of the population. Being based on a defensive military doctrine, the armed forces of Pridnestrovie are a significant deterrent and an element of stability in the region.
We believe that the current potential of the Pridnestrovian army is at a sufficient level to protect the country’s sovereignty.

Appointment of MikheilSaakashvili to the position of the Chairman of the Odessa Regional State Administration is an internal business of Ukraine. It should be noted that the friendly relations between Pridnestrovie and Odessa region have a very long history and have been a priority for the republic to this day. It seems that the bilateral relations should not depend entirely on the specific personalities who lead the region in a specific period.

The problem of external factors’ influence on the energy security of Pridnestrovie is a priority today. Given the dependence of the economy on the supply of energy resources and the complicated relationships between Russia (gas supplier) and Ukraine (gas transporter), we are afraid that this factor can play a negative role in the future. Own energy resources in Pridnestrovie are not enough even to meet the needs of the population.
Of course, in our country there are opportunities for the development of power generation from renewable sources. However, given the current difficult economic situation and a long trade and transport isolation of the republic, Pridnestrovie does not have the funds necessary for expensive technological transformation of the energy sector.

According to the Pridnestrovian delegation to the JCC, the work of this body is suspended due to the political overtones and the real aspirations of its members. In particular, the well-known approach of Moldova and a number of Western countries is aimed at changing the format of the peacekeeping operation – to a peace guaranteeing. However, the operating mechanism is unique in its effectiveness, no major incidents have occurred in the Security Zone since 1992.
It is hardly appropriate to compare the efficiency of JCC meetings and meetings within the so-called “1+1” format (i.e. meetings of political representatives of Moldova and Pridnestrovie), since we are talking about completely different mechanisms with different goals and objectives. “1+1” meetings are one of the levels of the negotiation process along with meetings of expert groups (aimed at developing by specialists draft decisions in various areas – transport, economy, banking, education, media and others), as well as along with “Permanent Conference on Political Issues in the Framework of the Negotiating Process for TransdniestrianSettlementin the “5 + 2” and the highest level of the negotiation process – meetings of the leadership of the parties. Thus, the JCC studies the peacekeeping operations related to peace in the Security Zone, and the negotiation process, including the format of interaction between political representatives of Moldova and Pridnestrovie is designed to find solutions to all other problems not related to military matters.

Pridnestrovie has extensive experience in the organization of electoral processes, whether that bereferenda (seven have been held) or electionsto authorities. Always elections in Pridnestrovie have been transparent and free that is confirmed by reports of independent observers. Pridnestrovian authorities have never taken measures of putting pressure on voters.We are confident that this year the government of the Pridnestrovian Moldavian Republic will make every effort to hold elections on November 29 in full accordance with international standards and to make the results in line with the will of Pridnestrovians,in spite of the foreign policy pressure and speculations.

The Italian Republic is an influential member of the European Union and the long-standing trade and economic partner of Pridnestrovie. We are convinced that the European Union is interested in maintaining a climate of stability on its borders, which is possible among other thingsthrough removing barriers to the economic development of the EU’s neighbors.
Italian contribution to the strengthening of regional stability could be significant in caseyour country assists in unblocking the Pridnestrovian economy.